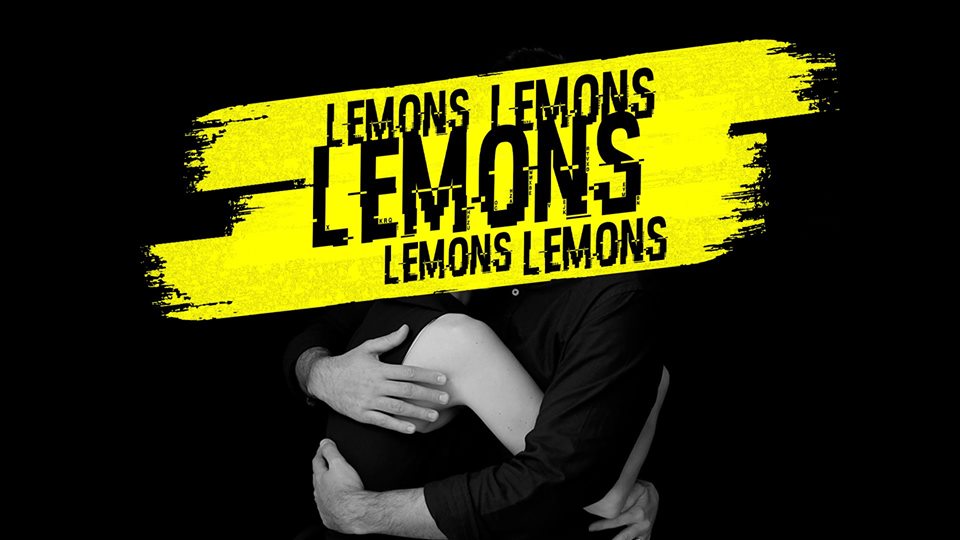 In January 2015, Sam Steiner, a young contemporary playwright and also co-founder of Walrus, a theatre company in London, writes a play that becomes popular shortly after: Lemons Lemons Lemons Lemons Lemons was already sold out during the Edinburgh Fringe festival that takes place every year somewhere between 2 – 26 August. Moreover, since 2016, the play is being staged all over the world. In Romania, it has been brought by Vanner Collective, with the support of unteatru, but mostly throughout the actors Denisa Nicolae and Liviu Romanescu.

If you already got/ will get the chance to see Lungs staged at Act, you most certainly grew/ will grow fond of the two actors, and you will most likely want to see them again, just as it happened to us. On a separate note, I am a huge fan of dystopian stories. Anyone who read Orwell’s work or The Handmaid’s Tale already knows why. The others should put them on their reading list because these are thrilling tales.

Far-fetched, given the adverse political context that we find ourselves in, while we impose rules to some and others are pardoned, while we recognize ourselves more and more in a scenery that seemed sci-fi before it started happening in real life, let’s imagine that the government would pass a law that would deny us the right to use more than 140 words a day. Of course, the number of words may vary depending on the social position of every member of the community, so that the most affected will again be those more in need of words – the poor.

The beauty of this dystopia lies in its incredible realism given by many references to past and even present circumstances. Even if there is no specific timeframe, the director Iulia Grigoriu clearly paints a course of the events: starting with the ‘90s music, continuing with the changes that occur in the lives of two ordinary people facing ordinary situations – a he and a she that can equally be you, that can equally be me – and finishing with their effort in adapting to that bizarre new life that comes with absurd limits and uneasiness.

Lemons Lemons Lemons Lemons Lemons is brilliant due to its authenticity and the way it relates to the audience. You do not need to try too hard to understand what is going on in front of you; you just have to be present, as the show unravels very naturally before your eyes. Another win would be the contemporary text, the very, very funny lines of Oliver and Bernadette, but mostly the unconcealed chemistry between the two actors.

In a minimalist setting where only lights play here and there announcing that the limit of 140 words has been reached, the burden falls on the two characters and the script. Thereby, Denisa and Liviu reconfirm their talent as they do a tour de force: they sing, they dance, they yell, and then they switch to completely different moods. The rapid passage to mixed emotions is remarkable, as not even a gasp is felt in their voices, although it would be justified, given the effort. Another noteworthy aspect is that they give the spectator a role in the show. There are moments when the actors look you right in the eyes and hypnotize you. The connection that Denisa and Liviu create with their audience makes the story even more realistic as they turn the viewer into their accomplice.

Lemons Lemons Lemons Lemons Lemons is about the importance and the weight of each word, about imposed and self-imposed communication barriers, about the power of learning codes and reading between the lines to surpass those barriers. It is about love and different ways of expressing it when you lack words. It will be staged again at unteatru starting with September or October at the latest. The five lemons will also go on tour around the country during this theatrical season, so stay tuned!