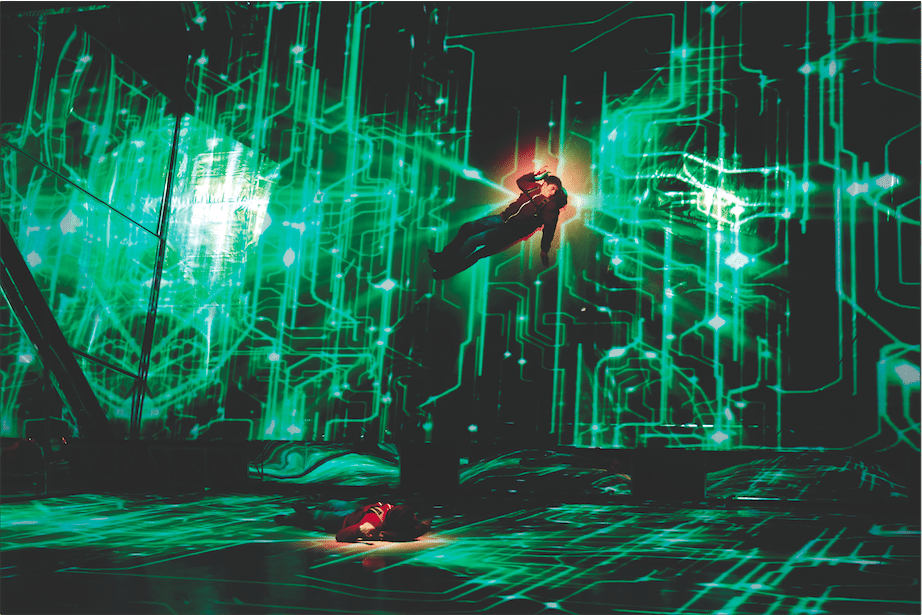 Our inner world can be so different based on our experiences, the trauma, the afflictions beyond our control. An axiom about normality does not exist, and our realities, as varied as they are, belong to us. And we must live them as they are.

The Curious Incident of the Dog in the Night-Time brings on stage the story of the 15-year-old Christopher Boone, a teenager with incredible skills, diagnosed with Asperger’s. Christopher is a math whiz but knows little about people. Patterns guide him, and everything he says and does is based on rigorous logic. He makes lists that he follows to the letter. He hates yellow and brown, being touched, and loves truth. He never lies: Not that I am a good person, but I don’t know how to lie.

Christopher only leaves home for school by himself. Until one day, when he finds out about the curious death of Wellington, his neighbors’ dog, and decides to play the role of Sherlock Holmes and investigate the case. This maiden voyage, though, turns his world upside down. His breakthroughs influence his family relationships, he finds out secrets that shake his already troubling reality, but ends up winning courage and trust in his power: I can do anything, right?!

The director Bobi Pricop, the stage designer along with the rest of the team, make this frame narrative a sort of thriller full of suspense and anxiety maintained by the background music that accompanied us since we entered the auditorium until leaving it. The music is supported by impressive video projections, by the moving stage, by the incredible effects given by technology. The purpose, as Bobi Pricop says, is not to make characters seem smaller in front of the technological avalanche, but to create a perfect cast with them. In other words, technology is influenced by the actors’ performance and not the other way round.

Indeed, the 3D effects contribute to our understanding of Christopher’s emotions, the turmoil of thoughts, fears, loneliness, courage; basically, everything that a person who has autism might experience is expressed amazingly well through advanced technology. It shakes you to the core.

Ciprian Nicula, the actor playing Christopher, has been called by his professor Miklos Bacs a theatrical miracle. He plays such a complex role, with such a difficult score, and continuous motion, that you want to go on stage and hug him tight by the end. He combines all those elements flawlessly, adding incredible communication with the decor elements that help him release his internal turmoil. Ciprian Nicula is always expressing something with his eyes, his hands, his entire self. I was glad to see that the rest of the audience resonated when, at the end of the show, we cheered him altogether.

Ana Ciontea, Carmen Ungureanu, Rodica Ionescu, and especially Emilian Oprea, stand out through their incredible capacity of portraying various characters, gradually switching from an emotion to another.

Simon Stephen’s The curious incident of the dog in the night-time after Mark Haddon’s bestseller of the same name received seven Oliver prizes ever since its premiere, a record that only the Harry Potter series managed to beat.

Simon Stephens states that his teaching inspired him. To him, the scenery is not a literary work, but a series of suggestions that shape a theatrical experience: Theater plays do not belong on paper, but in the space between the stage and the audience.

I told myself that it’s impossible to describe what happened on the scene of the Painting auditorium in the National Theater of Bucharest, which is why I invite you to see for yourself. You will experience emotions that will follow you for quite a while!

P.S.: Alexei Turcan wrote the music for the show, and it sounds terrific. Enjoy the full playlist: