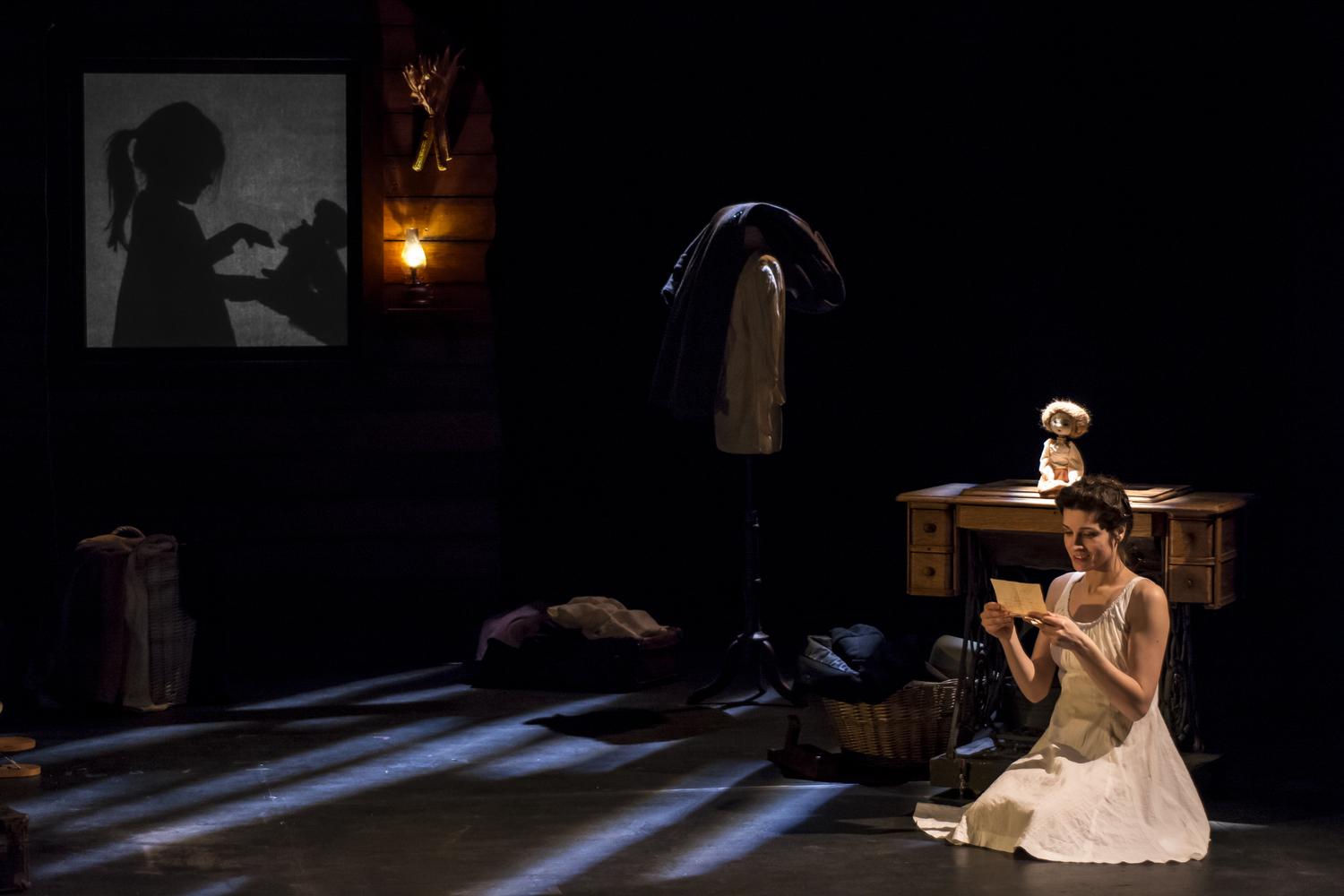 March 25th, 1911, New York. The Triangle Shirtwaist Fire starts. One hundred forty-six people die, of which 123 women, mostly Italian and Jewish immigrants, aged 14 to 23. The owners of the factory used to keep their laborers locked inside (common practice back then) to prevent them from taking more breaks outside of the ‘legal’ one. When the fire started, the janitor who had the key to the door was away, so some of the women died burning, others due to smoke inhalation, while the rest of them jumped out of the window from the 8th, 9th, and 10th floor.

Tandarica Theater is hosting ImPuls Festival. People stop whispering. The show is about to start.

Our heroine in Dust is also an immigrant eager to build herself a future in the Land of Opportunity. When she feels lonely, she seeks comfort in her memories, in childhood stories, in the grandmother that she left behind and that she will never get to see again.

The shadow play, the frame narrative, the fuzzy light, a sewing machine, a suitcase, and the ‘talking’ puppets escort Ana during her entire journey. A hanger holding a jacket and a men’s hat comes to life to embody the impudent owner. ‘Him’ and Hannah even start a fight. If you ever wonder how things can be animated as if they were acting for themselves, I think that Ana has found the secret formula.

Ana tells the intertwined stories of herself, the young woman full of hopes and dreams that searches for a way to make them come true, and that of a collective tragedy, just as real as the first one. And she tells them in such an emotional way that you remain inert, in an out-of-body experience, and just… feel. And although it was a one-woman show, the stage seemed full all the time, as Ana used with such cleverness features that I would have never thought of.

Dust is the play that Ana prepared for her Master of Fine Arts diploma at the University of Connecticut. She also participated in the World Puppet Carnival in Poland, where she received the award for Best Actress, in 2016.

Follow Ana Craciun-Lambru’s Facebook page to stay in touch with her upcoming events; you will certainly grow fond of her.