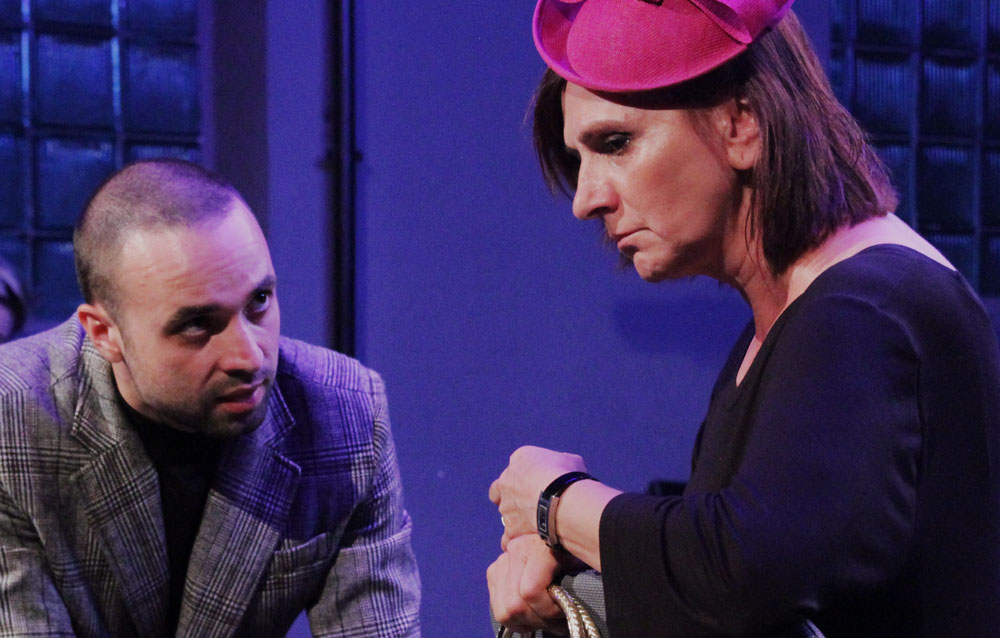 We are being labeled before birth, when we are born, we receive marks, and then we are thrown into a world and into a life that we do not get to choose. We inherit behaviors from our parents who are the first ones we peer up at, then we follow them through life almost blindly, until we become responsible for our actions.

Since early childhood, children form parties on the grounds of compatibility, the so-called cliques that we adults form at the office, and in our social life. Those who are considered different are being avoided, cornered, mocked; they become a pariah.

The company Vanner Collective, with the support of the Association “Telefonul Copilului” and Atlas Help, – an online platform of counseling – stages the project MONSTER at the Center of Educational Theater Replika. Four actors mingle with the audience turned into a full-court ready to hold a trial against the characters. And against itself. The action starts without prior notice so that in no time, you find yourself in a vortex of family-related, educational, but mostly inner frictions. Basically, the actors uncover our mirrors and show us our reflections.

The playwright Duncan Macmillan usually tackles taboo topics without particularly pointing his finger at someone, nor victimizing someone else. In fact, he makes his characters juggle between the two conditions so that they repeatedly switch between the role of executioner and victim. His text is intelligent, sharp, honest, realistic, both touching and scary; just like his characters.

The director Nicolae Constantin Tănase and the set designer Adeline Bădescu choose to sketch various successive life scenes, separated by the monster that goes up and down the ceiling with the music that keeps your heart rate up, without using anything superfluous. Thus, the actors’ task becomes even more complicated, as the audience won’t let them out of sight. However, their mission is amazingly accomplished. So amazing that I found others and myself weeping a couple of times.

A few dozen teenagers were present at last night’s performance, as this story concerns them greatly. Although we find ourselves in a world much more technical, much more digitized, and modern, education is rudimentary despite its essential role in shaping today’s teenagers that are about to become tomorrow’s adults. Apart from the genuine emotion that the actors transmitted, how those youngsters immersed themselves in the story impressed me. If the monster’s goal was to awaken our empathy, he should know that he made it happen.

I think that MONSTER can create decks of caloric beams between people (oh, Nina Cassian

). And I also feel that it is a required ally in the battle against the perilous brutalization. It exposes generation gaps in a brutally honest and emotional way; it draws attention to the flaws of the educational system; it stimulates individual and collective conscience.

MONSTER is part of a trilogy signed by the playwright Duncan Macmillan that Vanner Collective staged with the director Nicolae Constantin Tănase and the set designer Adeline Bădescu. LUNGS and Every brilliant thing have had local and national positive echoes and are still performed at Act and unteatru.

So grab your teenagers, parents, friends, grandparents and go see Liviu Romanescu, Augustin Kremser, Denisa Nicolae, and Mihaela Radescu on the 1st, 2nd, 22nd, 23rd of October and on the 5th of November at Replika, as you will have a fantastic experience.