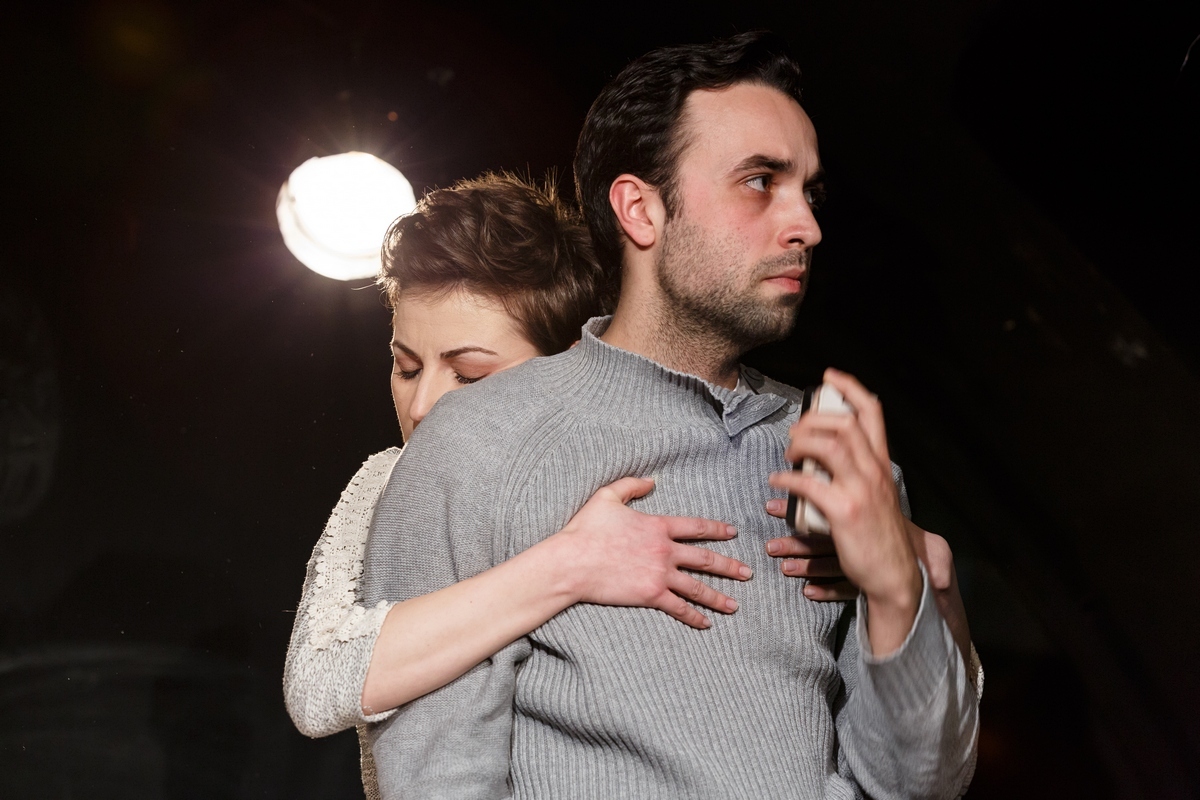 I could fly to New York and back every day for seven years and still not leave a carbon footprint as big as if I have a child. Ten thousand tonnes of CO2. That’s the weight of the Eiffel Tower. I’d be giving birth to the Eiffel Tower.

We unanimously voted Lungs the play of the year and our favorite theater show. After all, it is the only show that we were dead keen on seeing again within a few months.

Duncan Macmillan is a terrific contemporary playwright, concerned about the environment caught in a vise of overpopulation causing excessive concentrations of carbon dioxide in the atmosphere. He is so preoccupied with conserving nature that he declares: There’s nothing I can do in my life to compensate for the fact that the world would be better without me in it.

Just like the author avows, Lungs is about the sum of all his fears. About me. About you. About us. It is the story of a couple that cannot decide whether or not to have children; it is about love, family, betrayal, forgiveness – about life. And death.

In a minimalist setting consisting of two chairs and a table, the couple Denisa Nicolae and Liviu Romanescu engage in such a natural dialogue that you almost forget you’re in an auditorium. It’s more like eavesdropping on a casual conversation. But what a conversation! Maybe this naturalness is due to the fact that Denisa and Liviu form a couple in real life too, maybe that’s why the text fits them to a T, maybe because they do not wear special costumes, perhaps because they do not use special effects… Either way, the more the tale flows, the more you find yourself in an overwhelming emotional roller coaster.

Lungs tells a modern love story with all that that implies: misunderstanding, tenderness, quarrels, plans for the future, angst. But it is not a typical story, as Macmillan takes the dialogue between the two characters to a whole new level: they debate on how personal matters influence the entire world. Their lines are hilarious, trenchant, shockingly genuine. Basically, I watched the show with a lump in my throat that I could barely hold in by the end.

Lungs comes with all sorts of questions; it gives out clues without giving any answers. It makes you question your kindness, and it urges you to hug your loved ones.

The text of the play has been appointed The best contemporary text in 2012 during the Off West-End Festival and was nominated for The best playwright during Theater Awards UK festival. The play has been staged during the Undercloud festival and National Theater Festival in 2016. In the same year, Denisa received the prize for Best Actress during Blue Theater, International Festival of the Independent Theaters.

P. S.: I rushed to write about Lungs because it still is staged at Act Theater. So take your beloved one, your friends, whoever you want, and go see it!