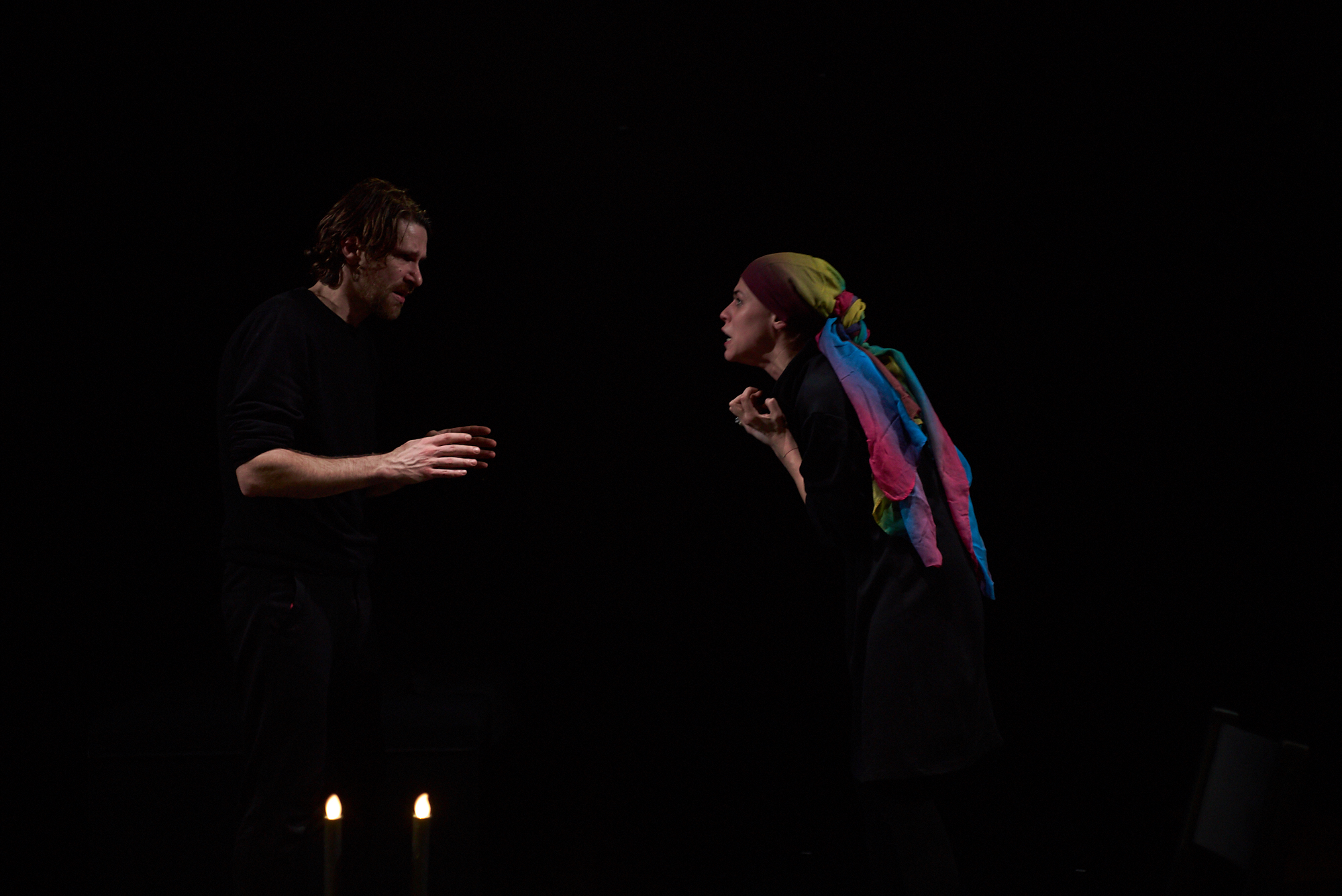 In 2012 Payne’s play Constellations was performed in London at the Royal Court.

Nick Payne is a contemporary playwright known for his exquisite work. In the making of Constellations, he drew inspiration from a documentary that claims the existence of multiple universes.

At first, the author found the idea of a multiverse ‘”terrifying and really romantic.” A cosmologist from the University of Sussex warned him that a story about parallel universes could be dangerous, as it can be misunderstood. For instance, someone could kill somebody only because he would know that the latter would eventually live in another universe. There would be no conscience, no consequences. As he was writing, Payne realized that regardless of the number of worlds, the only constant is death: “I’d rather believe this is it; this is all that does exist.” And that’s what Constellations is about.

Marianne is a physician at the University of Sussex, and Roland is a beekeeper. They meet and fall in love at a barbecue. And they keep meeting and falling in love the entire play. The show starts with a confusing mimic game between Ana Ularu and Radu Iacoban, but the more they repeat it, the clearer it becomes: by studying their gestures, you understand each character’s temper, and you start feeling their emotions. No words needed. It gets so comfortable that you think you can foresee the ending. And yet, you don’t.

Ana and Radu resume the same lines in different ways. Their alter egos are, in fact, the infinite ways to start a love story. Love takes various forms, while lines remain the same. It seems exhausting for the actors to keep repeating the same text over and over again. They only switch roles (from dominant to dominated and back), their tones, and their mimics. But for the audience, it’s spectacular. And you will find yourself in at least one of the scenarios that unfold before your eyes.

Ana Ularu’s sudden transformation is hallucinating. She is incredibly versatile and expressive, and Radu completes her. He plays the charming, innocent man, a bit clumsy due to his lover’s complexity. Together they create endless alternate-realities from the same starting point.

We don’t know what brought the two characters together; we don’t even know which story came true and in which universe. The only constant is, just as Nick Payne said, death.

The performance got me thinking that I should think twice before opening my mouth, before acting or making decisions. It made me create my multiverse and give myself some time to think But what if…?