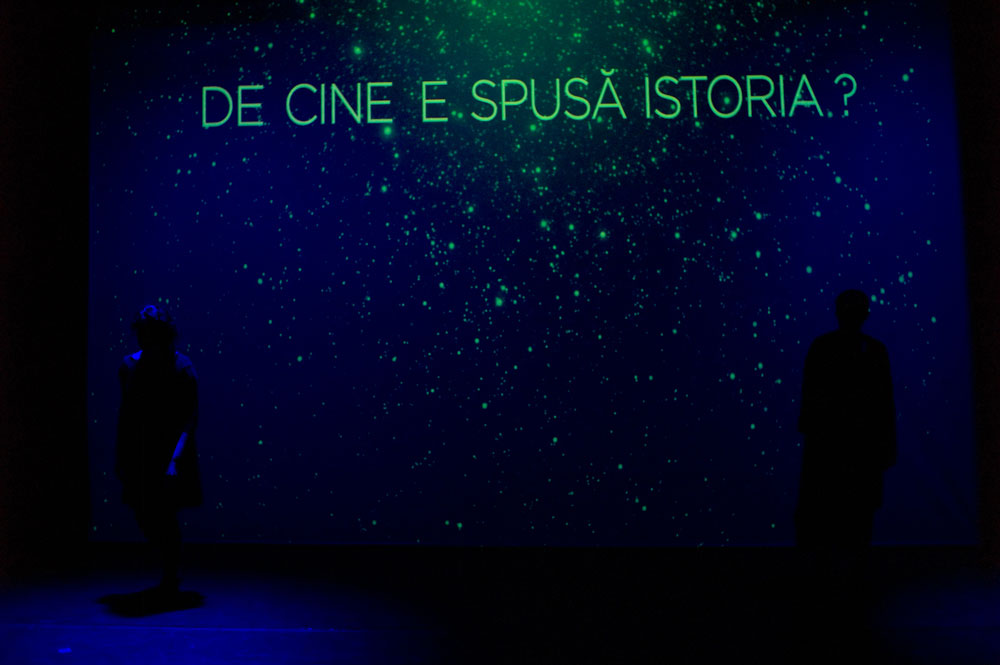 A Roma student called Magda is preparing her dissertation. She suggests her coordinator a delicate theme – 500 Years of Roma Slavery. She ends up rebuked by her brother, her Romanian boyfriend leaves her, and some teachers at the University try to censure her. She is even threatened with expulsion unless she gives up her manifesto. Despite it all, she decides not to.

She tells the story of some historians that have compared Roma slavery to that of African-Americans in the US. But although there are similarities between the two, the context and the conditions are different, as the Roma slavery was the longest in history. Back in 1837, Michael Kogalniceanu had tried to raise awareness on the issue of Roma slavery, but it was not until 1864 that the abolition of Roma slavery was claimed.

In the end, Magda’s brother, a colleague of hers, and the mother of the latter, also a maverick teacher, decide to join Magda in her endeavor, as they all have something in common: they wish not to be ashamed of their origins anymore.

Every year, on the 20th of February, Romania celebrates the abolition of Roma slavery. Still, the more than 500 years are not mentioned anywhere in history manuals. So we grow up with the same preconceptions that our parents, grandparents, ancestors have/ had about Roma people: that they are unworthy.

On the 20th of February 2017, the writer, actress, and director Alina Serban stages The Great Shame for the first time. Alina studied at UNATC, she was a scholar in New York, she got a master’s degree at the Royal Academy of Dramatic Art, and she was the student of the year in Great Britain, in 2012.

As an actress, Alina is electrifying, amazingly unpredictable. She wears a warm smile that does not betray the strength within her. This strength was given to her by the many challenges she was exposed to ever since she was a child. And she still seems to be collecting experiences, although she has already removed obstacles that seemed impassable. To overcome the odds, she had to work very hard, and she chose to be an activist to prove to others that it is possible to climb beyond all sorts of limits.

As director and playwright, but mostly as a pure human being, Alina is very coherent, passionate, rational, making you the spectator commit to passing on her message, our message after all. Her show The Great Shame aims to awaken people from this general amnesia, to educate, to provide new information, to make light, to change minds.

How did I feel? At times horrible, because of my preconceptions. The message, the visual screenings, the powerful text projected during the show, and the committed actors are sometimes too much to bear, but it is worth it. So go see the show at Excelsior Theatre.